Welcome to the Drumscratcher site! This page features the hand engraving artwork of John Aldridge.

For those of you who are not familiar with the history of hand engraving on snare drums, this page will give a little background to help you start your custom engraving job.

A Brief History of Hand Engraving

Hand engraving (using nothing but hand power and small blades fitted into wooden handles) is a centuries old art form. Up until the 1930’s hand engraving was a very common ornamentation technique used by jewelers and artisans to carve artistic designs, inscriptions, and patterns into the metal parts of musical instruments. In the early 20th century, prior to the advent of plastics and multiple plating options, manufacturers were limited to painting or lacquering wood shell drums, and either painting or applying a plated finish to metal parts. Almost every drum company of the time offered engraved models, some with gold plating and some with faux gold plating for a less expensive option. Engraving was typically applied to the outside of metal shell snare drums, while some drums also featured engraved counterhoops, strainers, and lugs as well. With the great depression and the onset of machine engraving techniques, hand engraving all but disappeared by the late ‘30’s.

With the relatively new interest in collecting vintage drums that blossomed in the late 1980’s these vintage engraved drums quickly became the most sought after collectibles in the vintage drum world. Prices in the late 1980s hovered around $600-$800 for an engraved snare drum the 1920’s. By the time the 90’s arrived, the average price had doubled and showed no signs of slowing down. Today, an engraved models from the past century can command prices in the $3000-$15,000 range!

John Aldridge came into the story as a drummer and collector intent on spreading the word about vintage drums through articles in Modern Drummer at first, then through the publication of his own newsletter, Not So Modern Drummer. As John learned more about vintage drums and discovered the unique look of vintage hand engraved drums, he focused his collecting energies on purchasing one for himself. The only problem was that his elementary music teacher salary didn’t provide for such luxuries. In typical Okie fashion, Aldridge decided to learn to engrave well enough to duplicate one of these drums for himself at a price he could afford. After several years of practicing on his own the techniques shown to him by a local jeweler, he finally engraved a drum for himself. Shortly thereafter, customers began to call. From 1986-89, all of his engraving was for friends and individual customers. But in 1989, DW expressed an interest in having some drums engraved for some of their endorsers. John took on the job but the project soon faltered due to problems with shell hardness and other production issues which had been long forgotten by the drum industry, and not yet learned by Aldridge.

The Ludwig Drum Company was his next customer. John, using the information gained from writing about and researching vintage drums, used this knowledge to re-draw and re-proportion vintage artwork from Ludwig’s Black Beauty snare drums of the 1920’s to replicate on the newly re-introduced Black Beauty which was produced from 1990-1995. Next up came the Slingerland drum company with their Brass and Copper beauty series with patterns reproduced from the 1928 Slingerland catalog. In 1999, John was engraving the Ludwig 90’th Anniversary drums, Tama’s Kenny Aronoff Signature Series Ltd. Edition, and Johnny Craviotto’s Lake Superior snare drums.

John continues to provide his engraving services to a wide range of drum companies including Ludwig, A & F Drum Company, Joyful Noise Drum Company, C & C Drum company and Pearl Drum company, as well as limited production models for drum shops in the Drum Workshop dealer network. But you don’t have to be a drum company, large or small, to utilize John’s services. He also keeps a steady stream of projects in the works for individual drummers, famous and not-so-famous. Whether you have an idea for a custom engraving on your own drum, or you’d like to have a vintage pattern reproduced on a new drum, John is happy to help you design your project, personalize it and work with you on payment options. 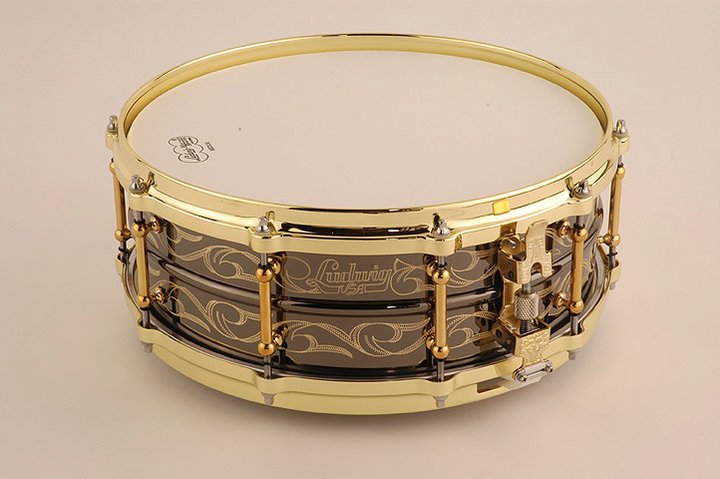 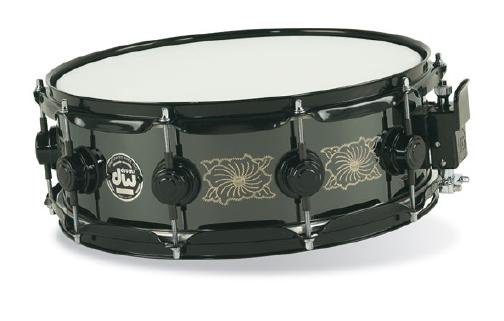 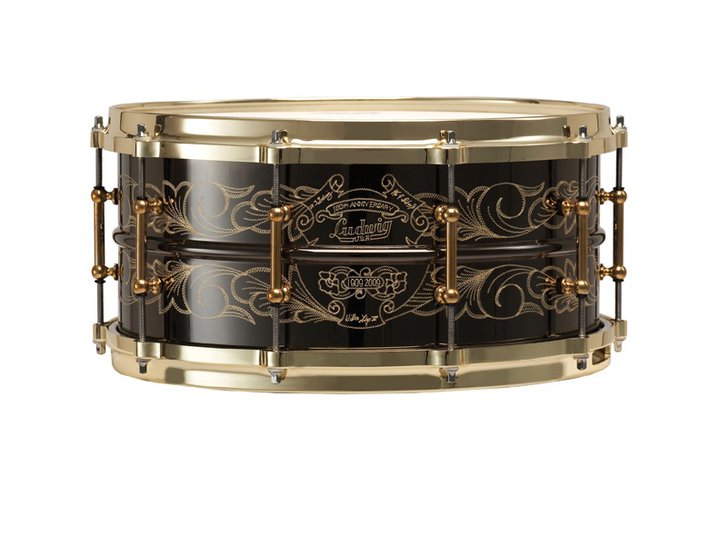 And Now for Something Completely Different

John is also a touring drum tech with the classic rock band, REO Speedwagon, and has worked with Smashmouth and the Bryan Setzer Orchestra in this capacity. His familiarity with and work experience building custom configured drum sets for touring rock bands has lead to another service offering: designing custom rack systems for touring drummers. In addition to building the past 14 years of touring sets for REO, John has also built touring racks/sets for the rock band TESLA, and is currently designing a kit for drummer Eric Singer for the final tour of the rock band KISS. 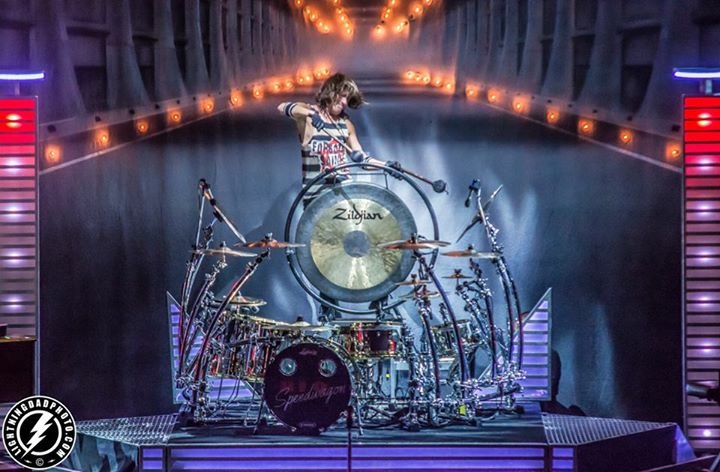 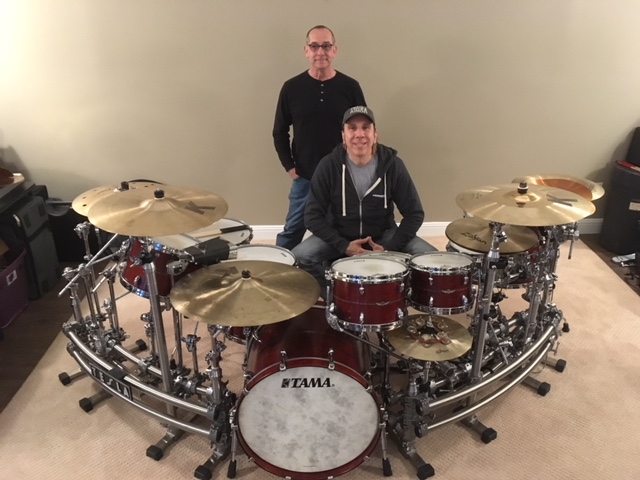